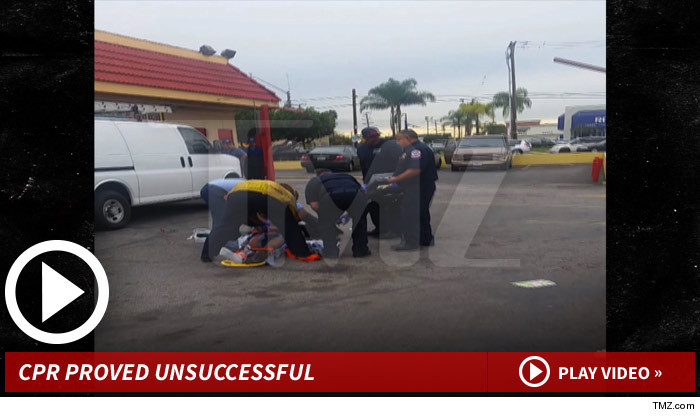 Suge Knight, the man behind some of the world’s most famous rap music, is on the run after killing a man on an LA movie set.

Terry Carter – who is believed to be a friend of Suge’s – was killed, while another actor Cle “Bone” Sloane, suffered non-threatening life injuries.

The 49-year-old Chief Executive of Death Row Records – the company behind the likes of Dr Dre, Snoop Dogg and Tupac Shakur – arrived on at the grounds of the movie project on Thursday afternoon.

His friends Game, Ice Cube and Dr Dre were there filming when Suge pulled up in his car and a fight broke out between him and two crew members.

An angry Suge got into his car, put it into reverse and ran over Carter.