CANUK Will Elect A New Chairman on Saturday 11th April But Who Is “Tsunami”?

She won by a landslide, gaining the most votes in any category.

CANUK is the governing body of most of the associations in the United Kingdom, representing the interests of Nigerians in the Diaspora.

Hrh Theodora had not intended to enter the fray but was convinced by friends to run. She will now assist the Public Relations Officer, in promoting the image of CANUK.

Here are the results: 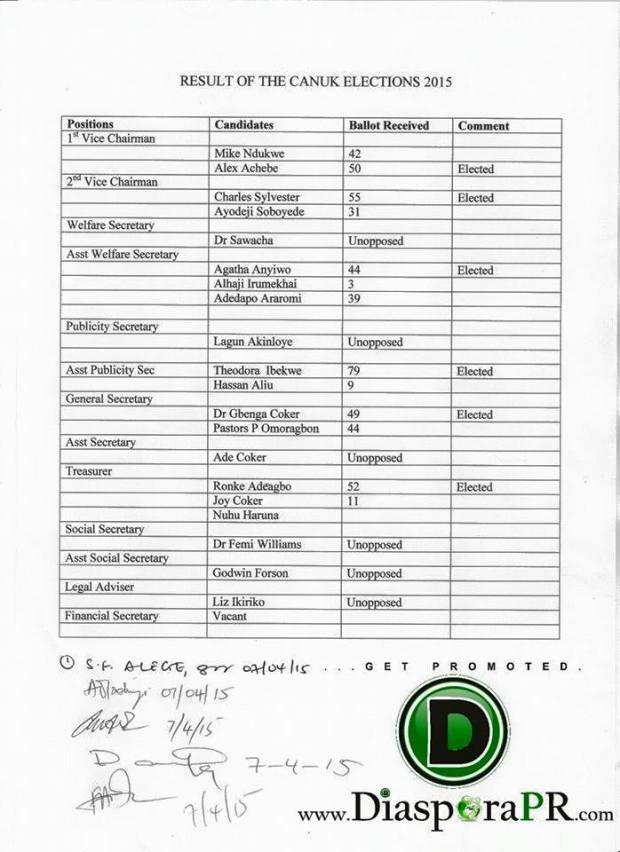