The theme “U.S.A, Yesterday, Today and Tomorrow” reflects the strong presence of films directors from United States of America – more than 30% of films selected for this year’s edition are from the U.S.A. As usual festival attendees will have a large choice among movies coming from Africa, its diaspora and the rest of the world.

Feature films, documentaries, conferences, workshops, showcases, expositions as well as the “PanAfrican exhibition” (from April 8th till April 9th) will take place throughout the festival.

The festival will begin on Wednesday 5th of April 2014 at 7.30pm at Palm Beach hotel, Cannes. Activities of the following days will start at 9.00am.

The full scheduling is available on our website www.fifp.fr

Members of the jury of the 14th edition

President of Jury of Feature Films 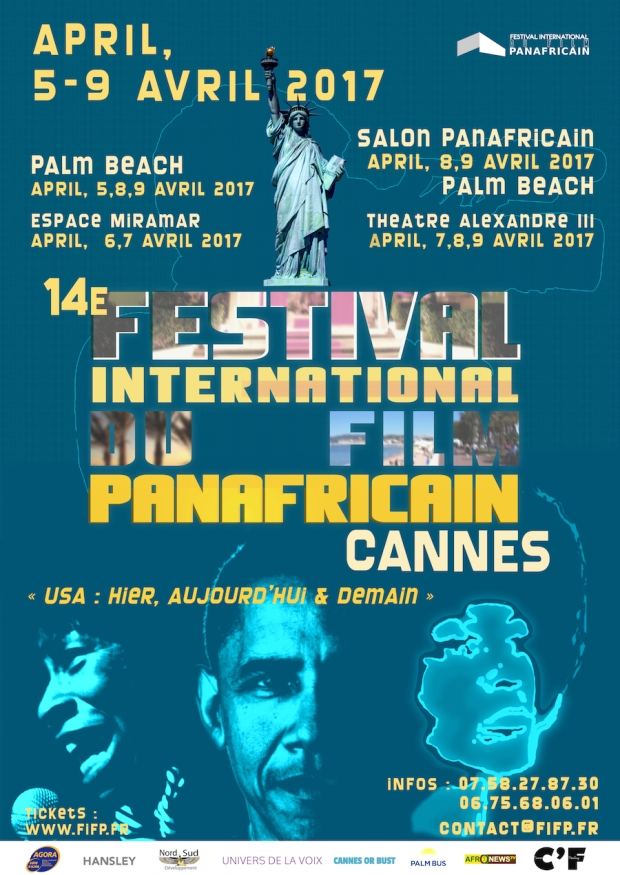 President of Jury of Short Films

President of Jury of Documentaries

All information regarding the festival are available on the website www.fifp.fr

International PanAfrican Film Festival from April 5th till 9th, 2017 was originally published on